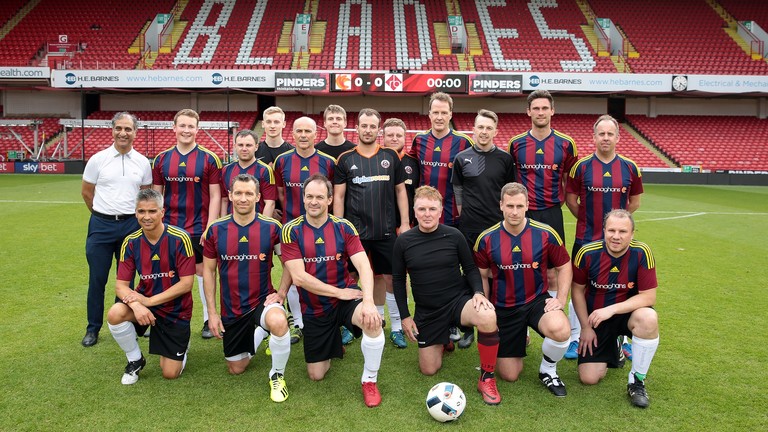 Monaghans All Stars have once again raised a significant sum for charity after another exciting fixture at Bramall Lane. This year’s match was against Sheffield and Chesterfield estate agents Redbrik and was raising funds for three fantastic charities!

On the pitch, Redbrik Rovers, with special appearance from Steve Bettis (Sheffield United CEO), started positively and would have taken the lead if it hadn’t been for a string of fine saves from Monaghans’ keeper Bailey Jackson. The All Stars, led by captain Simon McCabe (Scarborough Group), had chances themselves and almost took the lead, but saw their header tipped over the bar by Rovers’ number 1, Mark Jones.

Then in the 16th minute, John Gannon (Ex Wimbledon and Sheffield United) turned back time and curled a wonderful freekick into the top corner that not even Gianluigi Buffon would have saved. Rovers almost replied instantly with a one on one, but Jackson pulled off another excellent stop. Redbrik were made to pay and in the 25th minute, a fine through ball from John Gannon was coolly finished by his junior Casey Gannon, to put Monaghans 2-0 up and firmly in control.

Not to be discouraged, Redbrik continued to pile on the pressure and the Monaghans shot stopper made 3 excellent saves in quick succession. However, their good play eventually paid off and Redbrik made it 2-1 in the 29th minute, picking up on a rebound that was initially well saved. After a frantic first 30 minutes of goal mouth action, the last 15 minutes was played at a much slower pace, and the teams headed into the break with it still all to play for.

In the second half, Rovers once again started well and had the ball in the net on the 51st minute only to be flagged offside. They didn’t have to wait long for an equaliser though, a great ball into the box from the left was swept home by Dean Spotswod to make it 2-2 with plenty of time for a winner from either side.

Redbrik Director Mark Ross almost completed a remarkable comeback but saw his rasping long range shot sneak agonisingly wide after some good skill to work the space. Monaghans’ Regional Director Tan Khan then made a couple of inspired substitutions and in the 78th minute, hesitation in the Rovers box led to All Stars’ number 9 Josh Bennett nipping in and prodding home. 3–2 and Monaghans back in the lead.

With the game coming to a close, Redbrik were pushing for the equaliser when a 90th minute corner was defended well by Dave Simpson, who set Charles Gillott on his way. The pacy winger ran the length of the pitch before slotting in Richard Harding, who finished calmly past the keeper. Almost immediately after the restart the ref blew for full time, sealing a Monaghans 4-2 win. 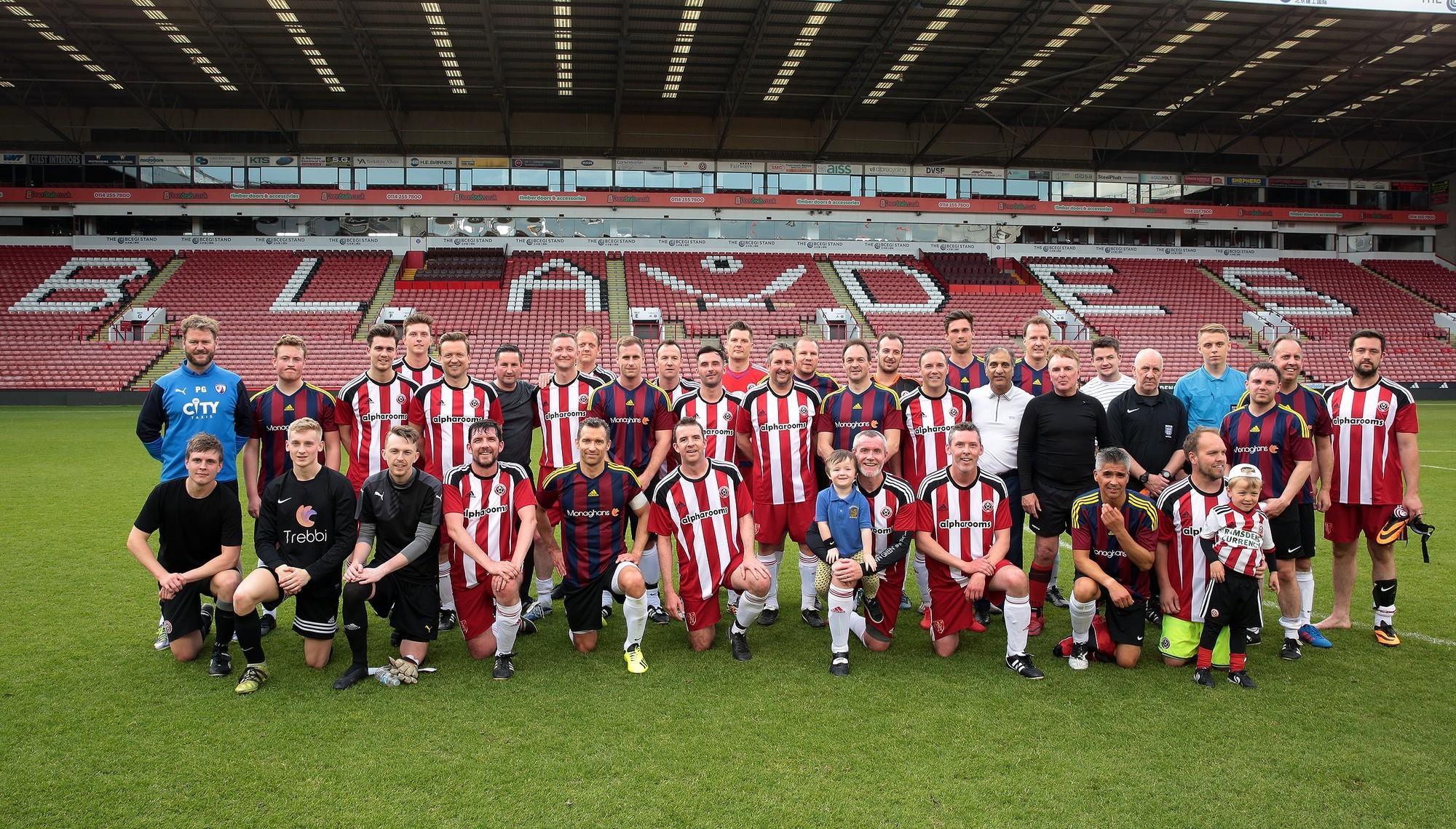 Of course, the real winners were the three charities, St Luke’s Hospice, Bluebell Wood and Sheffield Children’s Hospital, who will all receive sizeable donations from the fundraising event.

Once again, our sincere thanks go to everyone who helped make this wonderful event happen and all those who made contributions to three worthy causes. We hope to see you next year for another exciting fixture!